pcpbcb is a very known pvper in the server. He has alot of illegals and is known for getting ip banned 13 times and constantly crashing the server. He used to be named _DraQ and constantly makes new exploits in the server. He started playing on september 2019 on his main account, but then joined back on the server named "oof_is_life" he was a random until he started a team called VorteX. He got his own head in around january 2020 for helping 0bOp. He plays the server every other week because his parents are divorced and he moves from house to house every week 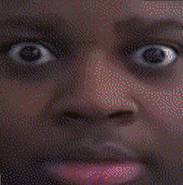