You may have heard of one of the oldest Minecraft servers called 2b2t. 2b2t stands for 2builder2tools and it is a server with almost no rules, no staff and no censorship. There is only a slight anticheat to prevent players from crashing the server. 2b2t is the holy grail of Minecraft anarchy servers. Some say it almost completely defines the genre. But there's a catch: the server is full 24/7, with a queue that takes several hours to join the actual server.

Fortunately, there are some good alternatives to the world's worst and oldest anarchy server in Minecraft. These clones try to mimic the look and feel of 2b2t. Some have special features like a teleportation system or colored names, but the general experience with pvp and greifing bases exist with all of them. 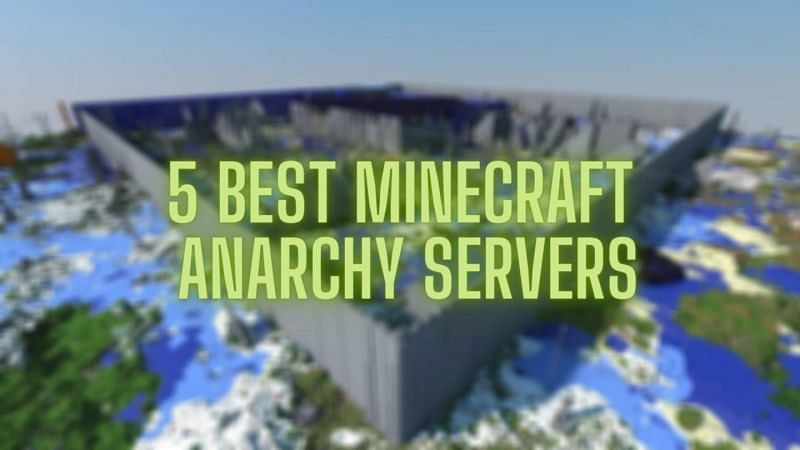 Here is a small alphabetical list of non pay2win and standalone anarchy servers that are imho the best clones:

0b0t has been around since 2016 with an active player base and only a few bots, thanks to a good anti-spam mechanism. The main difference with 2b2t is teleportation, colored player names and item duplication methods are unpatched. The server has a rich history dating back to 2016. The owner has changed several times, but the old 2016 map is still partially on the server, except for the parts that were griefed. 0b0t is a good alternative to the popular 2b2t.org server, as it is almost never full, and if it is, it has only short queue waiting times. There are of course no rules and hacking, swearing and raiding is allowed. Unlike other servers, illegal (non-vanilla) items like bedrock or overenchanted items (32ks) are reverted on this server.

9b9t is a survival anarchy Minecraft server based on the idea that players can basically do anything. It has been around since 2016. It has a pretty large and active player base. The server is populated by a lot of spambots, which makes chatting a bit complicated unless you /ignore/ all the bots. The server doesn't have a teleportation system, but you can use timer hack which basically lets you run at a multiple of normal player speed. Like 2b2t, there are also some famous Youtubers who have made the server known to a wider audience, such as TheCampingRusher. Duplication exploits are quickly fixed on 9b9t.

If you want to make a name for yourself on an anarchy server, you should join CloudAnarchy. It is a fairly young Minecraft server with the goal of never resetting the world in a "free for all, no rules, pvp environment". It doesn't use the plugins that other servers use, but has its own monolithic core that prevents hacks that are possible on most other servers. It aims to make few changes to the vanilla survival game mode and any admin interference.

Constantiam is a whitelisted semi-vanilla Minecraft server that runs 1.12.2 and does not reset. The server was created in Feb 2016 on the 1.8 version of Minecraft. It gained some momentum after some advertising in the Minecraft forum. It has an infinite map size, no game rules and no admin intervention. In 2019, a whitelist was introduced to discourage new players coming from SalC1 videos. The community is strong and knows each other well as there is not a large influx of new players. It can be difficult for a new player to get on the whitelist. Check the website to see if you are currently eligible to apply for the whitelist.

Last but not least oldfag.org. It was launched in February 2017, but the older map has been lost. The current world is huge considering that it was only created in June 2019. The server also promises its players vanilla survival gameplay with PvP, an infinite world, and no rules. There are virtually no duped items, and with Elytras and Elytrafly enabled. The offensive name stands for "an oldbie; a veteran member of [...] the community.". It aims to be very similar to 2b2t and has no queue and a constant high TPS (tickrate per second, which is good for pvp).